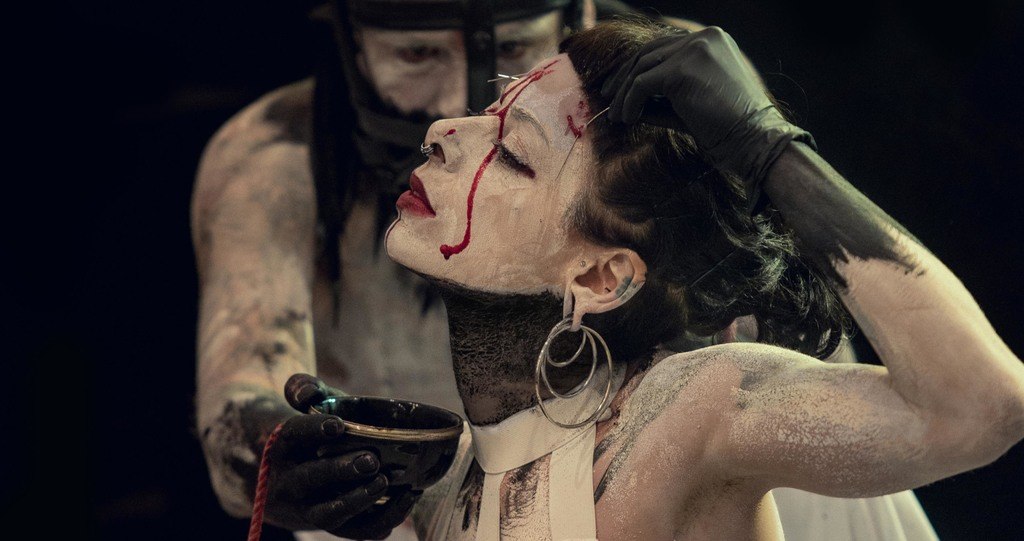 Quezalcoatl, the transcendence of the bonds of the flesh.
Gods yawns are loud enough to open canyons and generate stars. Their dreams are made of
sticky pollen, bees embroidering eternal paths.
There, the bedtime stories are made of ancient ropes, each knot its own tale.
There, blood is the most precious gift, and it’s used to write ancient stories.

Santa Sangre Body Rituals is a project of blood related shows from Beto Rea (Kukulcan
Rituals) and Darkam.
Their different backgrounds and perspectives joined to create a parallel world in which their art,
performances, rituals, and music yield to something that is older than life.
They reinterpret ancient legends and folklore because old tales reflect our archetypes, thus
bringing us to the very foundation of human perception.

“Yamamba the witch, a Japanese Tale” is a performance inspired by a 15th Century Noh

The Legend said Yamamba used to sacrifice humans, eating their hearts and using the

blood for her rituals.

Noema Pasquali, aka Tiger Orchid, is an Italian artist based in Berlin. She is a Fakir,
extreme body art Performer, Yoga Teacher, Healer, Vegan Activist and Proud Woman.
Her work is mostly focused on Rituals, Rites of Passages, Semiotics, Symbols, Archetypes 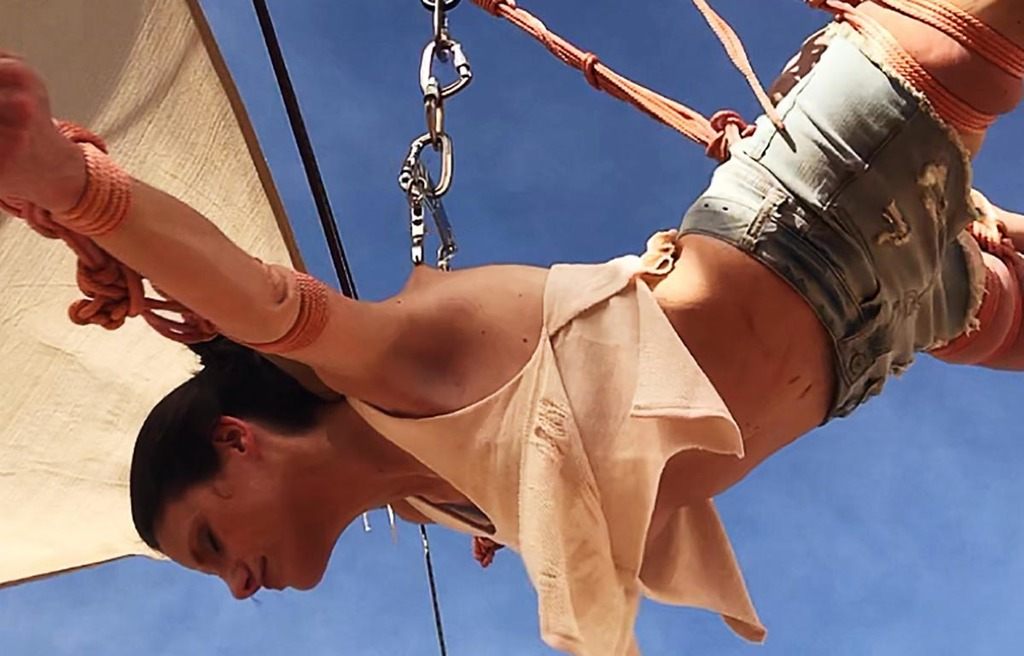